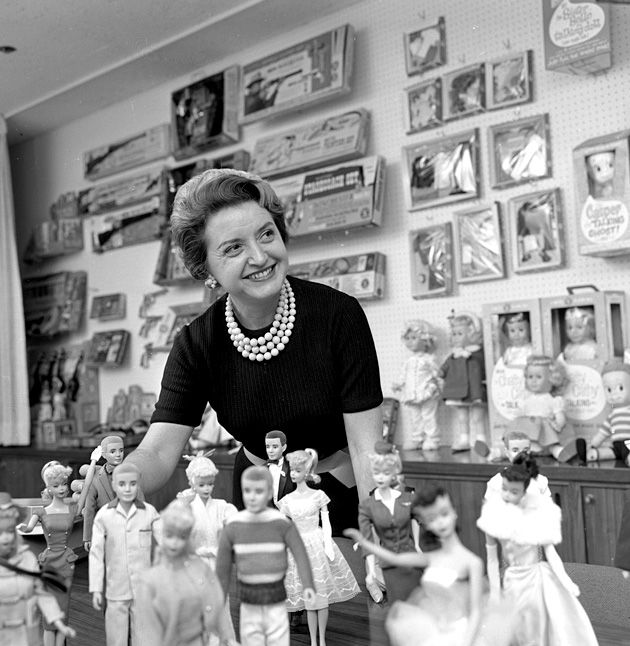 The Barbie doll was invented in 1959 by Ruth Handler, the co-founder of Mattel, whose own daughter was named Barbara. Barbie was introduced to the world at the American Toy Fair in New York City. Barbie’s job was to serve as a teenage fashion doll. The Ken doll was named after Ruth’s son and was introduced two years after Barbie in 1961.

The full name of the first doll was Barbie Millicent Roberts, and she was from Willows, Wisconsin. Barbie’s job was a teenage fashion model. Now, however, the doll has been made in versions connected to over 125 different careers, including President of the United States.

Barbie came as either a brunette or blond, and in 1961, red hair was added. In 1980, the first African American Barbie and Hispanic Barbie were introduced. However, Barbie did have a black friend named Christie who was introduced in 1969.

There has been some controversy over Barbie Doll’s figure when it was realized that if Barbie was a real person her measurements would be an impossible 36-18-38. Barbie’s “real” measurements are 5 inches (bust), 3 ¼ inches (waist), 5 3/16 inches (hips). Her weight is 7 ¼ ounces, and her height is 11.5 inches tall.

In 1965, Barbie first had bendable legs, and eyes that open and shut. In 1967, a Twist ‘N Turn Barbie was released that had a movable body that twisted at the waist.

The best-selling Barbie doll ever was the 1992 Totally Hair Barbie, with hair from the top of her head to her toes. 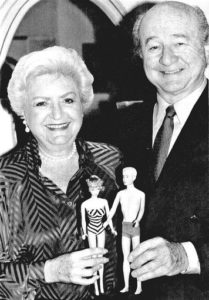 Ruth and Elliot Handler co-founded Mattel Creations in 1945 and 14 years later in 1959, Ruth Handler created the Barbie doll. Ruth Handler refers to herself as “Barbie’s mom.”

Handler watched her daughter Barbara and friends playing with paper dolls. The children used them to play make-believe, imagining roles as college students, cheerleaders, and adults with careers. Handler aspired to invent a doll that would better facilitate the way young girls were playing with their dolls.

Handler and Mattel introduced Barbie, the teenage fashion model to skeptical toy buyers at the annual Toy Fair in New York on March 9, 1959. The new doll was very unlike the baby and toddler dolls that were popular at the time. This was a doll with an adult body.

So what was the inspiration? During a family trip to Switzerland, Handler saw the German made Bild Lilli doll in a Swiss shop and bought one. The Bild Lilli doll was a collector’s item and not intended for sale to children, however, Handler used it as the basis of her design for Barbie. The Barbie Doll’s first boyfriend, the Ken Doll, debuted two years after Barbie in 1961.

“Barbie has always represented that a woman has choices. Even in her early years, Barbie did not have to settle for only being Ken’s girlfriend or an inveterate shopper. She had the clothes, for example, to launch a career as a nurse, a stewardess, a nightclub singer. I believe the choices Barbie represents helped the doll catch on initially, not just with daughters — who would one day make up the first major wave of women in management and professionals – but also with mothers.”
Ruth Handler’s Other Inventions

After fighting breast cancer and undergoing a mastectomy in 1970, Handler surveyed the market for a suitable prosthetic breast. Disappointed in the options available, she set about designing a replacement breast that was more similar to a natural one. In 1975, Handler received a patent for Nearly Me, a prosthesis made of material close in weight and density to natural breasts.

The Story of Mattel

One example of a contemporary toy manufacturer is Mattel, an international company. Toy manufacturers produce and distribute most of our toys. They also research and develop new toys and buy or license toy inventions from inventors.

Mattel began in 1945 as a garage workshop belonging to Harold Matson and Elliot Handler. Their business name “Mattel” was a combination of the letters of their last and first names, respectively. Matson soon sold his share of the company, and the Handlers, Ruth and Elliot, took full control. Mattel’s first products were picture frames. However, Elliot started making dollhouse furniture from picture frame scraps. That proved to be such a success that Mattel switched to making nothing but toys. Mattel first big-seller was the “Uka-a-doodle,” a toy ukulele. It was the first in the line of musical toys.

In 1955, Mattel released a successful patented toy cap gun called the burp gun. During the years, Barbie created dolls for inspiration women as mentioned by Cosmopolitan.

I’m a young mom of two toddlers, a boy, and a girl (who are twins). I have good and bad days and frequently do not know what I am doing even though my eldest is almost 5 years old), I try to do things with a smile, nonetheless… And every day, perhaps just like you, I wonder how I will manage. But guess what? Every single day I do.

I don’t have all the answers, but no mom has, I learn every day. I am far from perfect, I am flawed and I make mistakes. BUT I love my twins and I want to be the best mom ever.

Follow my parenting by determining the best toy for our tots. We can all figure this out together. Oh! And from time to time, I will sneak in recipes and kitchen thingies every now and then. 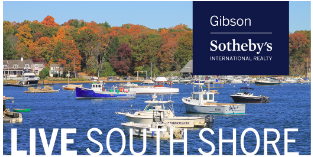 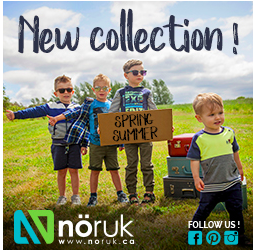